Hi, two weeks ago we talked about three emblematic coins of Ancient Rome and so we talked about numismatics. Today, we will take an interest in archaeology by presenting various object of Ancient Rome. As usual, this ranking is my own and I invite you to put your list of objects in the comment space. I would also remind you that prospecting at archaeological sites is prohibited and can therefore lead you to legal action. Here are 5 typical Roman objects.

The amphora is a well-known object in the world. Indeed, it has served for a very long time, from Ancient Greece to the present day and in various countries (Italy, Gaul, Brittany, Greece …). This is why it is not uncommon to find them on the ground when you walk on an archaeological site.

But what were the amphoras in Roman times? Well simply container, like our current plastic bottles. They were therefore used to contain wine, fish, oil … And once empty, they were mostly thrown away. The Roman amphoras also had different forms. Indeed, there were small, big, thin, large … optimized for the product it must receive. Today, it is very easy to find shards of amphorae (amphora pieces). Indeed, you can find them just by walking. On the other hand, it is extremely difficult to find complete ones and their prices are often very high. It will take about 2000 euros for a complete amphora and in good condition.

The fibula is a small object that you have certainly used before. Indeed, this object is still used today but under a different name. This name is “safety pin.” Yes, fibulas are the ancestors of our current safety pins. They served as fibulas from the Bronze Age to the Middle Ages. In Roman times, they were mainly made of bronze, although some were made of silver or even gold. They can be found in different forms and styles and were used by everyone, both citizens and legionnaires … The fibulas are rather simple to find today and it takes about 20-25€ to acquire a small bronze fibula and in good condition.

The toga is certainly the most famous garment of Ancient Rome. He descends from a Greek garment called “the himation.” The difference between the two is simple. Indeed, the himation was a piece of square fabric while the toga is a rectangular piece of wool measuring about 6 meters by 3 meters. The gown was present in different types, each having a very specific use. Indeed, there was the yellow “virilis” gown that served as ogury (person who read omens, messages from the gods …), there was the “virilis candida” toga that served the candidates for the purpose of being elected. They were often bleached in chalk so that the candidate could distinguish himself from the others. There was also the dark-coloured pulla or sordida toga worn during the mourning. Finally, there was also the purple and gold embroidered “picta” or palmata toga used in ceremonies. Later, in the 1st century, the toga deemed too bulky was replaced by the “pallium”, a kind of cape held by a fibula. Thus, the toga will only be used during mourning and as a judicial garment in the Senate.

The oil lamp was one of the most useful objects in Ancient Rome. Indeed, it was used to illuminate as indicated by its name and was not very different from the oil lamps that were still used about 100 years ago, just before the arrival of electricity. Oil lamps were mostly made of terracotta and were also very often decorated. Indeed, we could see representations of Gods, hunting scenes, musicians playing … Today, it is not a very rare object and it is possible to find some in good condition for 70-80 euros.

The laurel wreath or triumphal crown is a true symbol of Ancient Rome. It served from Greece until modern times with Napoleon I in particular. Its origins come from the time of Alexander the Great and was used by victors and poets. Then, in Roman times, the laurel wreath had several uses. It was offered to the Roman generals when they were victorious, it was also and above all a symbol of the power of the emperor. But it also served in sports competitions as rewards for the winner and was also awarded to the Victories. Later, in the Middle Ages, it was used to reward great poets such as Dante. Finally, in modern times, the laurel wreath was used by kings and especially by the Emperor Napoleon I.

These are 5 typical objects of Ancient Rome, I hope you liked these presentations and why not, you discovered objects that you did not know. For the next article, we will remain in this perspective of archaeology and the Roman environment with “5 typical places of Ancient Rome”. See you next week!

Get my free book Around the Roman Coin by clicking  here 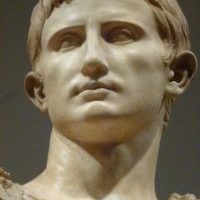 The 5 most important Roman emperors 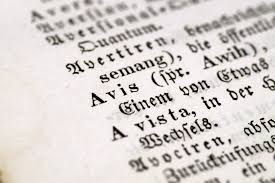