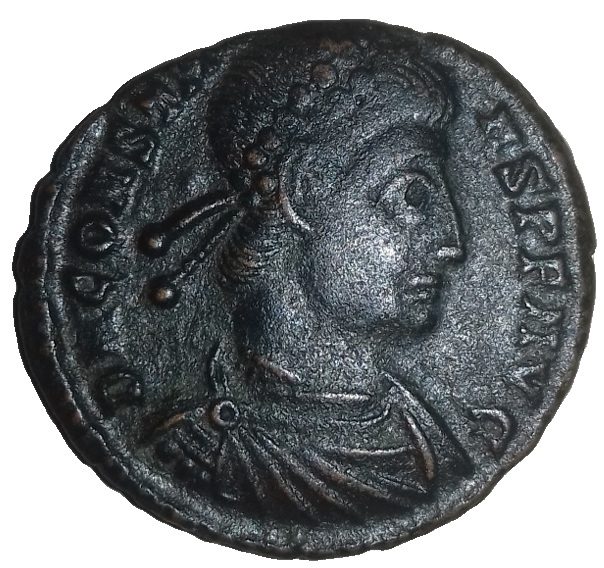 Hi, in this article I am going to introduce you 5 Roman coins in copper. I will therefore describe the avers and reverse of these coins as well as their legends … Therefore, we will do numismatics, study coins by decrypting them and trying to understand their meaning as well as the messages they wanted to pass in Roman times. In this article, therefore, there will be analysis, description and interpretation. Good reading.

This first coin is a sestertius of Hadrian. Hadrian is an emperor born on January, the 24th, 76 AD in Italica (Spanish city) and died July the 10th, 138 AD in Baïes (Italian city). During his reign he mainly focused on the consolidation of the Empire and traveled widely.

This copper coin weighs 28.23 grams with a diameter of 32mm. On its obverse, we can see the bust of Hadrian surrounded by the legend “HADRIANVS AVGSTVS” (Hadrian Augustus). On her lapel, we can see Rome sitting on an armor and a shield, holding a cornucopia in her left hand and a victory in her right hand. The inscribed legend is “COS III SC” (consul for the third time, decree of the Senate). This coin was therefore struck when Hadrian was Augustus but especially when he became Consul for the third time in his life.

Second Roman coin in copper : the sestertius of Antoninus Pius

This second coin is a sestertius of Antonin the Pious. Antonin The Pious is an emperor born on September the 19th, 86 AD in Lanuvium (Italian city). He died on March the 7th, 161 in Lorium (Italian city). During his reign, he had a very peaceful approach, neither waging war nor conquering. Moreover, he is considered to be the emperor who marked the decline of the Roman Empire. Which makes sense since the height of the Empire took place during his reign.

This copper coin weighs 22.03 grams with a diameter of 31mm. On its obverse, we can see the bust of Antoninus Pius, surrounded by the legend “ANTONINVS AVG PI-US PP TR P [XVIII]” (Antonin auguste Pious, father of the Fatherland, having the Eighteenth Tribunitian power) . On its reverse, we can see Liberty standing, holding in his right hand a pileus (a kind of hat) and a long scepter in his right hand. The inscribed legend is “LIBERTAS COS IIII SC” (Liberty, consul for the fourth time, decree of the Senate). This coin was therefore struck when Antoninus Pius had the titles of “Father of the Fatherland”, of the “Tribunitian Power” and when he was appointed consul for the fourth time.

Third Roman coin in copper : the sestertius of Alexander Severus

This third coin is a sestertius of Alexander Severus. Severus is an emperor born October the 1st, 208 at Arca Caeserea (Syrian city) and died in mid March 235 at Moguntiacum (city of Mainz in Germany). He began his reign in 222 AD. He was therefore 14 years old when he assumed this role of sovereign. Which is very young. During his reign, he demonstrated wisdom and simplicity both in his life and through his actions. He is also implementing numerous monetary reforms to help the poorest. However, regarding the military side since he was considered too “soft” with too much influence from his mother. What made his disfavour with the armies. His reign ended in 235 when Alexander Severus died assassinated by the Germans.

This copper coin weighs 21.39 grams with a diameter of 30mm. On its obverse, we can see the bust of Alexander Severus, surrounded by the captions “IMP CAES M AVR SEV ALEXANDER AVG” (emperor, caesar, Marcus Aurelius, Severus, Alexander, august). On its reverse, Jupiter can be seen seated on a throne, holding a scepter in his left hand and a victory in his right hand. The inscribed caption is “IOVI [VLT] ORI” (Jupiter the Avenger). This coin was therefore minted when Alexander Severus bore the titles of “Emperor”, “Caesar” and “Augustus”. For “Marcus Aurelius”, it is simply his other names.

This fourth coin is a follis of Diocletian. Diocletian is an emperor born on December the 22th, 244 in Salona (city of Croatia). And died on December the 3rd, 311 in Aspalathos (Diocletian’s palace, located in Split, Croatia). His reign begins in 284 AD. During this, he is known for having created a new political regime and for being the first emperor of the Lower Empire. His place in power ended in 305 AD, 6 years before his death because he had abdicated due to illness. Therefore, he is the only Roman Emperor to have relinquished power.

This copper coin weighs 9.00 grams with a diameter of 28mm. On its obverse, we can see the bust of Diocletian, surrounded by the captions “IMP C DIOCLETIANVS P F AVG” (emperor, Caesar, Diocletian, pious, happy, august). On her lapel, Moneta can be seen standing, holding a cornucopia in her left hand and a scale in her right. The inscribed legend is “SAC MON VRB AVGG ET CAESS NN RP” (The sacred Coin of the City, our august and our Caesars). Therefore, this coin was therefore minted when Diocletian bore the titles of “Caesar” and “Augustus” but also when he was considered “pious” and “happy”.

Fifth Roman coin in copper : the nummus of Constans

This fifth and final coin is a nummus of Constans. Constans is an emperor born in 320. He died in 350 in Helena (current city of Elne in the Pyrénées-Orientales, France). His reign began in 337 AD. At that time, he ruled the Empire with his brothers: Constance II and Constantine II. Following various quarrels and the death of Constantine II, Constans seized power over the Western Empire. During his reign, he is known to have strongly defended Christianity and to have tried to propagate it. His reign ends with his assassination in 350 AD.

This copper coin weighs 1.79 grams with a diameter of 18mm. On its obverse, we can see the bust of Constans, surrounded by the captions “DN CONSTANS P F AVG” (Our lord, Constans, pious, happy, august). On its reverse, we can see a haloed phoenix, standing on a stake. The inscribed legend is “FEL TEMP REPARATIO GSIST” (The return of happy times). This coin was therefore struck when Constans was “august” but also when he was considered “pious” and “happy”. In addition, this nummus was minted in 348 AD. It is almost 1100 years after the founding of Rome (753 BC). This coin is therefore a mint commemorating this event with the inscription “the return of happy times” on the reverse.

Here are the presentations of 5 Roman coins in copper. I hope you enjoyed this article and that it taught you some things. Also, feel free to comment out which coin you would like me to feature. But also, what topic would you like me to talk about for a future article. The next article will be “5 Roman coins in billon”. Unfortunately, this article will only be published in two weeks. So until then, see you in two weeks!

Receive my free book Around The Roman Coin by clicking here 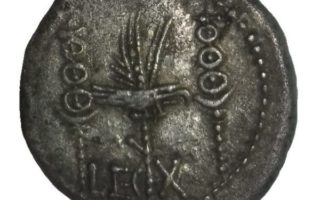 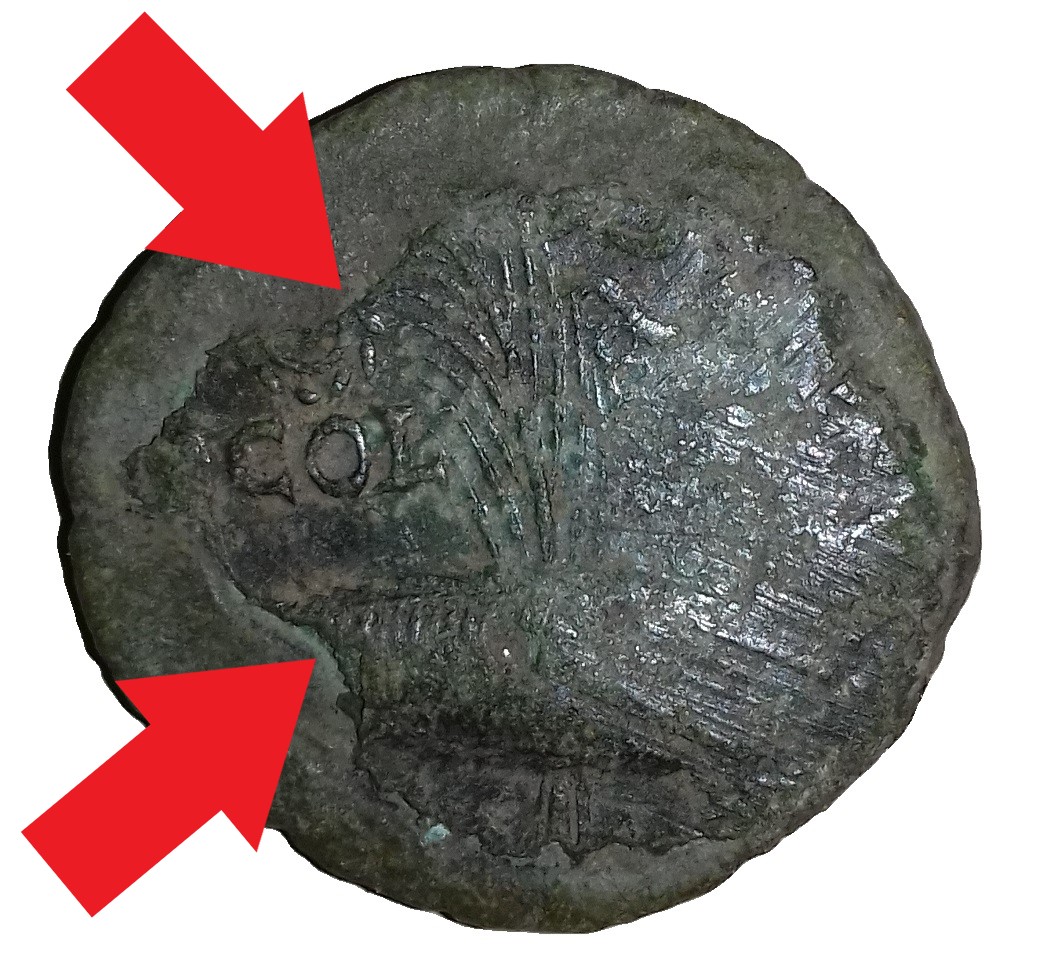 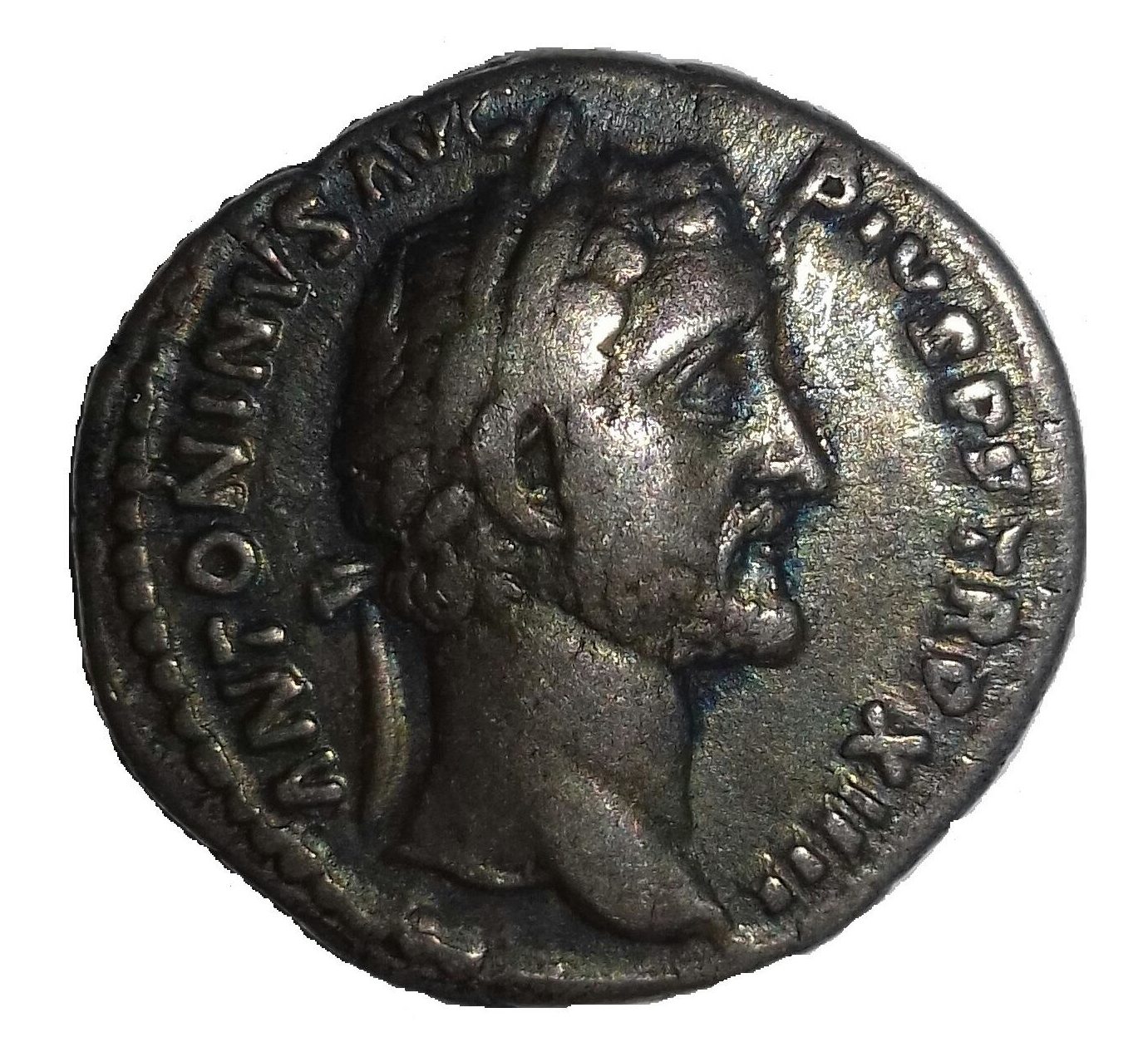