Skip to Content
Home / Blog / Monnaie / The Roman coin : a way of communication

Hi, in the last article, I announced that I was going to talk to you about communication in Roman times through coins. So that’s what we’re going to see today. As you know, at that time there were few ways to communicate. Of course, there were no phones, no computers, no televisions. But it is true that there was a post system that was created for the Romans during the reign of Augustus. However, coins were also highly useful in communication because the various rulers of the Empire had to be able to convey messages to the different peoples of the empire. Here are the coins: a means of communication

First of all, the Roman coins made it possible to run a lot of different ads. They were used as well to announce death as to herald the beginning of a new reign. Indeed, there was already the “post office.” But understand that the emperor was not going to send a message to every inhabitant of the Empire. Therefore, some coins were made posthumously, to honor the dead but also to announce the departure of the latter. As on this nummus of Constantine where one can see on the avers, the veiled bust of Constantine and on the reverse, Constantine in a quadriga extending his hand towards that of God to signify his passage to the world of the dead.

Moreover, this coin has a double meaning because the female figure on the reverse is Salus (health) and it showed that Antonin the Pious had just recovered from a serious illness and that he was now cured. It wasn’t just Salus that was used, but a lot of different allegories. (An allegory is the personification of an immaterial thing such as death is often personified by a reaper). There was an example of the Pax which was used to signify that the Empire was at peace. As you can see on this coin.

Or, Fecunditas is the fertility that was used to show that the Empress was pregnant….

Finally, the coins were also used to announce a particular event. For example, when Hadrian went on a trip throughout the Empire to consolidate the new provinces as well as the borders. For example, he had a coin minted with the inscriptions “Africa” on the backhands in order to show its presence in Africa. But also, a coin with the presence of a galley on the reverse to show his return to Italy. Here is this coin. Here, we can see a galley sailing to the left, representing the return of the emperor.

The coins were therefore very important in the Roman Empire. Although they were primarily used to pay, it was the only large-scale means of communication at the time. Today, it would be a bit like television. That is why coins were also at the center of the concerns at that time. I hope you liked this article. Next week’s one will be “the 3 most emblematic coins of Ancient Rome.” See you next week! 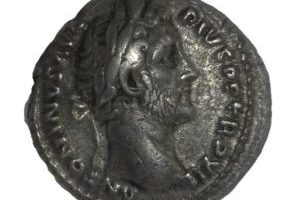 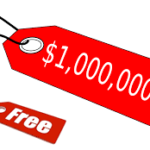 How to determine the price of a Roman coin?